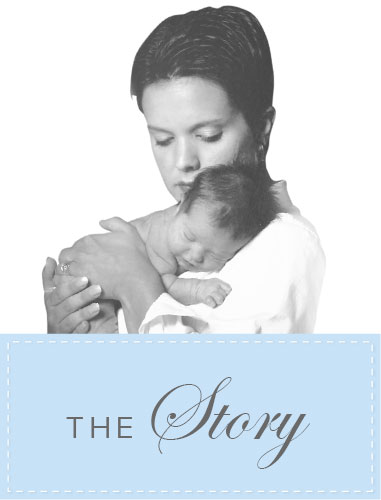 After giving birth to my first child, Esther, in 2004, I searched for a special way to capture forever the beauty of her precious little hands and feet.

I struck upon the idea of casting her hands and footprints in glass. It took a few tries, but before long, I had created exact replicas of Esther’s hands and feet and etched each with her name and birth date.

Everyone who saw them was amazed by their incredible level of detail, down to the tiniest lines in her fingerprints. Soon, people were asking me to create glass keepsakes for their babies—and the requests just kept on coming. In 2006, I named my creations Pinkies & Piggies® and began producing them from my studio, Whitehouse Glass. At that time we were living in our hometown of Whitehouse, Ohio. Since then our family and our business have moved to Lancaster, Pennsylvania.

Whether you’re looking for a unique gift for a baby shower or want a keepsake for your own baby, I promise that it will be created with the same hand craftsmanship and attention to detail that went into my daughter’s.